Marc J. Gutterman is the Managing Partner and founder of Gutterman Trial Group. A renowned insurance defense and coverage attorney, Marc focuses his practice on first-party property claims and litigation, both personal lines and commercial, including those involving windstorm, collapse, arson, water damage, assignment of benefits, sinkhole, theft, business interruption and fraud. He also defends and advises insurers in various matters relating to extra-contractual/“bad faith” claims. Marc is heavily involved in the investigation, prosecution and defense of large-loss subrogation claims.

An experienced trial attorney in state and federal courts, Marc has successfully tried cases involving first-party property claims, insurance coverage, general liability, and commercial transactional matters.  Over the years, he has represented clients in complex arbitrations and mock trials.  Prior to founding Gutterman Trial Group, Marc spent almost 20 years as a named partner and chair of the property insurance division at one of the largest insurance defense firms in the state of Florida.

Marc’s areas of practice also include:

Marc is a member of the Florida Bar, and is admitted to practice in all Florida state and federal courts, including:

Marc obtained his juris doctorate from Syracuse University College of Law. Prior to attending law school, he attained a bachelor of arts from Florida State University.

Crucial to Marc’s success has been his ability to foster a close partnership with his clients in order to provide aggressive, yet cost-effective representation.  He is recognized as a zealous litigator who is keenly aware of the complex and dynamic nature of Florida insurance law.  He prides himself on being a leader in the development of legal strategies for defending insurers and their insureds, alike. In addition to being a Chartered Property Casualty Underwriter candidate, his professional affiliations include:

Marc is AV® Preeminent™ rated by Martindale-Hubbell, the highest level of recognition awarded.

Born in Brooklyn, New York, Marc moved to Central Florida in his teens, and resides in Fort Lauderdale with his wife and dogs, Kacy and Stella.  An avid sports fan, Marc faithfully follows his Seminoles, Orange, Yankees, Rangers and New York Football Giants. 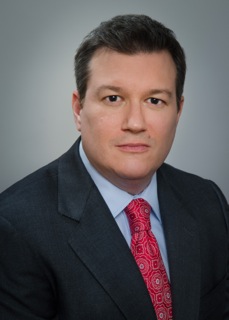