Prior to Gutterman Trial Group, Lizette headed the Florida first-party property division of a national law firm, and was a partner at one of the largest insurance defense firms in the state of Florida.   In addition, Lizette served as an assistant public defender for Miami-Dade County, during which time she represented indigent defendants at all stages of the criminal process, including trials through verdict in felony, county and juvenile courts.

Lizette’s areas of practice also include:

Lizette is a member of the Florida Bar, and is admitted to practice in all Florida state and federal courts, including:

Lizette graduated from The University of Miami School of Law. While at the University of Miami, Lizette gained acclaim for her work on public interest issues, earning her the Miami Scholars Scholarship and a Public Interest Summer Program Fellowship. Prior to law school, she earned bachelor’s degrees in criminal justice and English from The George Washington University.

Lizette profoundly believes that awareness and understanding of the current climate of Florida insurance law, as well as recognizing changes as they unfold, are invaluable to providing effective representation and advice to her clients. She constantly works to expand her knowledge base and her professional affiliations include:

Lizette lived in Manila, Philippines, Northern Virginia and Washington, D.C. before making Fort Lauderdale her home.  She takes pleasure in the outdoors, running, hiking and rock climbing (except when the Kansas City Chiefs are playing).  She also has an appreciation for travel and embraces the opportunity to learn about different cultures and cuisine.  Lizette speaks Tagalog and conversational Spanish. 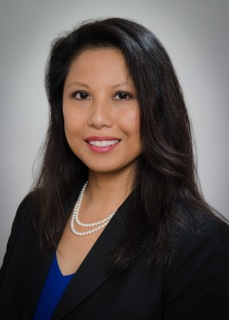